A Word from the President 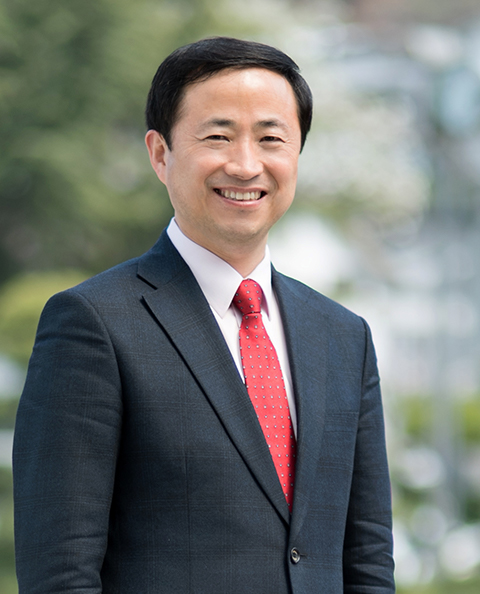 The word Berit is a Hebrew word which means ‘covenant’ or ‘promise.’ It is our hope that you will attain the eternal truth of God’s promises at this institution.

As we conserve the legitimacy of the Bible, we aim to become the heart of globalization in spreading the gospel to every corner of the world.

BTS will be the lamp of the Word in this darkening world through concentrated study and development of the mysterious and profound Word that is centered on the history of redemption. BTS strives through the Word of redemptive history to cultivate the global leaders as a whole person by equipping them with spirituality, intelligence, and virtue, so that they can boldly lead in the mission field using their practical wisdom.

Berit is a wonderful school founded for the purpose of teaching, training, and developing Church Leaders for the Ministry with the motto, ‘Only Jesus, Only Scripture,’ following the legacy of the founder Dr. Abraham Park. Students choose “BERIT” for many reasons, one of many being the depth and content of each lecture, study, and research class.

If God called you and directed you providentially to apply for Berit Theological Seminary, you made the right choice. I believe you will find that Berit Seminary is a great institution where you can attain the Great Christian Education and preparation you are seeking.

On behalf of the Berit Staff, allow me to assure you, it is our prayer that God will use this school to powerfully prepare you for the work He has called you to in the ministry.

Greetings From Our Dean

Welcome! It is my honor to serve you as Academic Dean of Berit Theological Seminary! 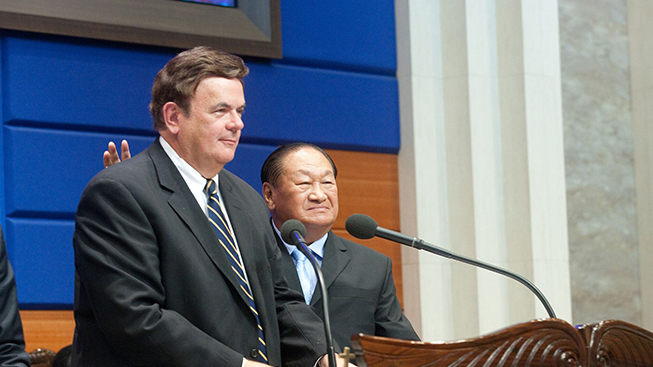 Berit is an expression of the vision of Dr Abraham Park, the far-famed pastor of PyungKang Cheil church in Seoul, Korea and founder of over three hundred churches around the globe. Dr Park’s heart beat with Gospel Hope in Jesus and his mind was absorbed in God’s sovereign salvation expressed in the History of Redemption.

Dr. Park dreamed of a graduate school with a rigorous academic curriculum training pastors and laypersons in a school dedicated to biblical fidelity and the joy of our salvation. He imagined a leadership who understands that we are God’s voice of light and liberty to a world dying in darkness. As a visionary, Dr Park also recognized the advantages of modern technology that enable us to bring this affordable course of study to anyone anywhere—in the privacy of their own home.

If your heart is to know the Bible taught by those committed to its eternal truths, if you want to train to carry forth the Great Commission to your own generation, take a look at all that Berit offers to you! We will be most happy to welcome you and invest in you that you might be trained to preach the Word as a man or woman of God (2 Tim 4:2), competent and equipped for every good work. (2 Tim 3:17).

My dear friends, oh how our God and Father loves you! At Berit will find that Love and find that we love you, too! 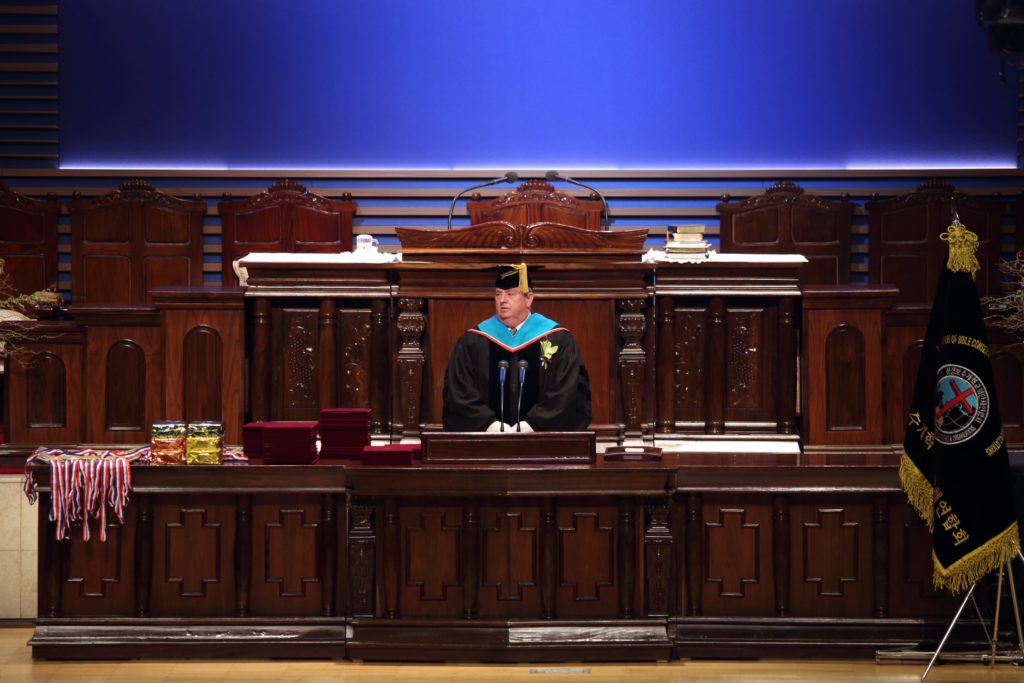 The staff of BTS collectively work to affirm that every student’s seminary experience is a foundationally sound process of growth in the faith towards every student’s spiritual transformation.  We believe that the Word and the spiritual elements of the faith are at the very center of the man if God’s journey towards a relationship with the Triune God.

We have gone to great depts to ensure that every Degree Program at BTS delves deeply into the fullness of knowledge and wisdom hidden within the 66 books of the Old and New Testaments bound in every believer’s Bible.  We believe that each semester is designed to enhance one’s study of the Word of God and its message surrounding the work of the Trinity, and God’s work in the completion of His plan in the administration of redemptive history.

We believe that learning is inseparable from the work of growing in Christ, and one’s being conformed more and more to God’s image and likeness, even unto the manifestation of His glory, as the children of God, in every minister and theologian’s daily life!

We are living in extremely exciting days, and at BTS we believe that God is hastening His work in the fulfillment of His plan, right before our eyes.  BTS students will continually be blessed by the challenging yet fulfilling hours they will spend in study. We know that the work of every religious leader is rigorous. Today, perhaps more than ever, much is being required of both teachers and leaders.

Candidates, because we believe your calling is from God, we pray that you will hearken to God’s Word, His Spirit and His voice, to the various invitations you will discover in every class.

As the Chief Executive Officer and representative of all Berit Theological Seminary’s staff, I agree with our renowned founder, Dr. Abraham Park, our President, Dr. Philip Lee, Our Dean of Academics, Dr. Warren Gage, along with every professor, in their promise that you will find every help you will need, in any of our degree programs.

May the joy and peace of our Father and His Son Jesus Christ, abound in your life, heart, ministry, and faith!

In the sacred and precious name of Our Lord Jesus Christ, Amen! 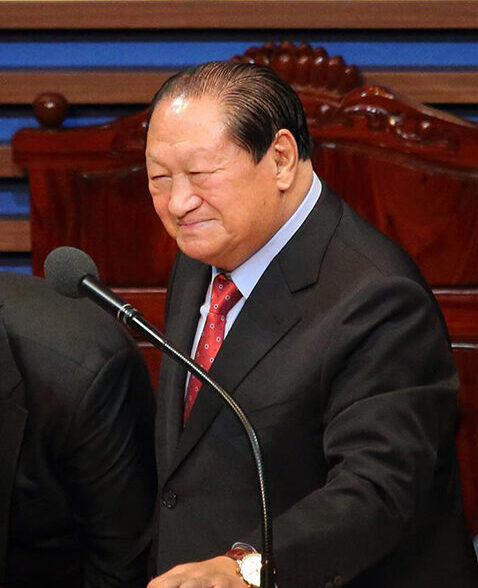 Pyungkang Cheil Church, founded by Rev. Park, has grown to become one of the largest churches in the world. It has over 70,000 church members in over 300 churches established around the world. 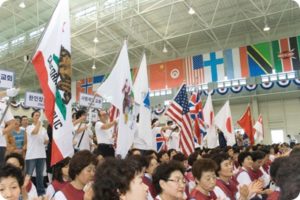 In addition, Rev. Park has published eleven books that explain God’s redemptive history throughout the Bible and four books on the modern history of Korea that were officially adopted as required reading by soldiers in the Ministry of National Defense. Dr. Rev. Park was called to heaven on December 17, 2014, at 3:00 pm.

Rev. Abraham Park was born in Sariwon, Hwanghae Province in 1928. After the liberation from Japan, he could not tolerate the repression of Christians by the Communist Party and migrated to southern Korea. In 1948, he joined the national defense guard and participated in the Korean War. He got a gunshot in the leg and retired as a disabled veteran. He became a minister, giving hope to the people who had suffered from the oppressive rule of Japanese colonial life and the Korean War.

In 1958, he began his ministry as an assistant evangelist at Dongmaasan Methodist Church in Korea. He later became a Presbyterian, starting a church congregation from his house in the early 1960s. From those humble beginnings, he and his church members built a church for the first time in 1969. Located in Seoul, the church was named “Zion Mountain Handol (meaning ‘one stone’) Church.” The name of the church held a symbolic meaning, reflecting the state of the church at the time. Keeping with this theme, as the congregation began to grow and undergo great change, so did the name. In November 1971 the name changed to “Ilseok Church,” meaning “One Stone Church.” In July 1977 the church was renamed “Daesung Church,” meaning “Big Voice Church.” In November 1991 a new church site was purchased, a 46-acre plot of land in southern Seoul. This became Pyungkang Cheil Church, the current location of the church, which has continued to grow in size alongside Rev. Park’s growing congregation.

New ministry paradigm centered on the Word of God

Rev. Park’s knowledge and understanding of faith that guided his ministry were not acquired through theological training, but a training common around the time of the first generation church – he read the Bible. Uncommon, however, was the intensity, deliberation, and devotion by which he studied. He read the Bible during the day and prayed at night inside a cave on Mt. Jiri for 3 years and 6 months and 7 days.

This passion for the Bible translated into his unprecedented ability to charismatically narrate and give meaning to stories from the book of Genesis to the book of Revelation. Reading the Bible more than 1,800 times over his lifetime, he emphasized his belief that the Bible was the living Word of God and absolutely inerrant. He refused to have people and personalities be the focus of the ministry. Instead, his “ministry of the Word” philosophy focused first and foremost on the Word of God. In line with this philosophy, Rev. Park emphasized the importance of the church as the “Body of the Lord,” regarding service and devotion to the church as indispensable.

The seeds of the church were planted based on faith in the teachings of Jesus and his ultimate sacrifice on the cross. Even in his eighties, while fighting a debilitating illness, Rev. Park still had the determination to focus all his energy on communicating this message, editing, and publishing the nine books of the History of Redemption Series. 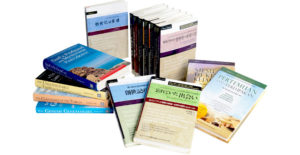 The History of Redemption Series is recognized as one of the most influential Christian books, even receiving praise in the Muslim world by Pastor Anwar Fazal in Pakistan. 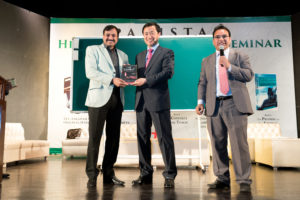 A common practice of large churches in Korea is to pass ownership of the church, through inheritance, to family members. Rev. Park, however, felt that the church belongs not to one single person, but to God and all those who follow in His footsteps. Because of this philosophy, Rev. Park did not bequeath the church to his sons. In addition, as a sign of respect, he called the pastors with whom he had taught and trained not his associate pastors, but his co-workers. Rev. Park also set an example for churches in Korea by considering all his pastors his successors, spreading the responsibility for the future success of the church equally among them and not to one individual. All the churches built by Pyungkang Cheil Church will inherit the accomplishments of Rev. Park’s exemplary life. The many believers who have grown up in the church have become the fruit cultivated from Rev. Park’s caring tending of those initial seeds. From these fruits come believers who fervently continue the work that Rev. Park started, sharing the passion for God’s love and his message of redemption throughout history.

Bachelor of Business Administration from Kookmin University, Korea in February 1973
Master of Divinity from General Seminary, Korea in December 1984 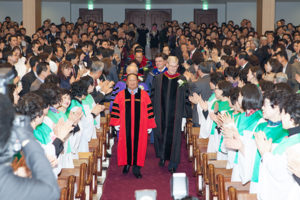 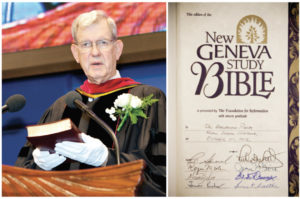 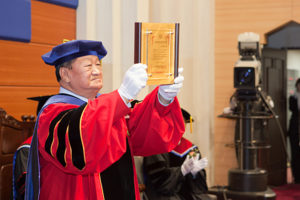 Scroll Back to Top