2. Adam at the age of 130 Adam received the gift of hope and comfort in Seth.
Adam was cast out of the Garden of Eden because of his disbelief, disobedience and pride against the Word of God. When Adam’s firstborn Cain killed his brother Abel, the hope in the promised Seed of the woman was shattered. However, Adam’s family, which had been immersed in overwhelming sorrow, was revived through Seth. This is the trace of God’s zeal which gave “another seed” in order to build the path for the coming of the Seed of the woman. Seth who was born to Adam at the age of 130 was an immense grace which God gave in place of Abel. He was the gift of overflowing hope and consolation.

3. Adam at the age of 235 Enosh “the frail man” began to call upon God.
The godly people of the time of Enosh, Adam’s grandson, realized that they could not overcome death by their own powers. They confessed that they are a people who can easily fall into trials and temptations, and began to call upon the name of God and focused their efforts on worshipping Him.

4. Adam at the age of 325 Kenan prepared a nesting place of faith.
Kenan was the fourth descent from Adam and his name means, “to make a nest” or “great possession.” In accordance with the meaning of his name, it was during Kenan’s time that a nesting place of faith was built and faith was established. Adam lived 605 years contemporaneously with Kenan, and he probably hoped that the work of creation and the power to rule over it that had been lost since the fall would be restored during Kenan’s time so that a great possession may be realized.

5. Adam at the age of 395 Mahalalel confessed of the awesome grace he received through praise.
Mahalalel, the fifth descent from Adam, was born. At a time when all godly descendants were constantly fighting the fierce spiritual battle against sin, he probably experienced victory through God’s help. Kenan called his son “Mahalalel” (“God be praised”) and testified that those who have tasted and experienced God’s help cannot help but praise God.

6. Adam at the age of 460: The promised Seed of the woman was eagerly anticipated through Jared.
The fifth descent from Adam, Jared (“descent”), was born. The meaning of his name reflects an earnest hope that God, who is worthy to be praised upon the foundation of faith built by Enosh, Kenan, and Mahalalel, would descend to the earth where man lives. Since the recovery of the lost kingdom of heaven was impossible for mankind who was trapped under the bondage of illnesses and death, they eagerly waited for the coming of the promised Seed of the woman.

7. Adam at the age of 622: He passed the Word to Enoch, the fruit of transfiguration, for 308 years.
Enoch, the seventh descent from Adam, was born. Adam and Enoch lived 308 years together, but Adam did not witness Enoch’s transfiguration because he died 57 years before the transfiguration. However, Adam probably taught Enoch about life in the Garden of Eden before he sinned and about life after he was cast out of the garden. Enoch received the Word of God passed down to him from Adam with a fearful heart and obeyed it. This played a vital role in his ability to walk with God and eventually be taken up. All the people who had regarded death as inevitable now saw Enoch being transfigured and realized that the world of eternal life in the Garden of Eden that they had heard about from Adam was real and that life without death existed.

8. Adam at the age of 687: He saw the birth of Methuselah, a sign of judgment.
Methuselah, the eight descent from Adam, was born. His name means, “when he dies, judgment.” In accordance with his name, the flood came in the year that Methuselah died at the age of 969 (1,656 years after Adam). For 243 years, Adam taught the history of the Garden of Eden to Methuselah, who was a firm witness to the early half of the redemptive history up until the flood.

9. Adam at the age of 874: Adam saw the ninth descent Lamech.
Lamech, the ninth descent from Adam, was born. Having realized that the cause of mankind’s pain and sorrow was the man’s fall and God’s judgment, Lamech hoped that it would all be resolved through his son Noah. Lamech learned the history of the Garden of Eden as he lived contemporaneously with Adam for 56 years. He thus named his son “Noah” (“comforter,” “one who gives peace”) with the hope that man’s state of sorrow would quickly come to an end and the Garden of Eden be restored.

10. Adam at the age of 930: Adam lived until his ninth descent Lamech became 56 years old and died at the age of 930.
Adam died. God’s word, “But from the tree of the knowledge of good and evil you shall not eat, for in the day that you eat from it you will surely die” (Genesis 2:17) had been fulfilled even after the truly long period of time. Adam’s death was the first among the ten patriarchs after him. His descendants were probably greatly shocked at the reality of death and probably used it as a mirror to reflect upon themselves.

Lamech the ninth descent from Adam was born 874 years after Adam. Since Adam lived until the age of 930, the two lived 56 years contemporaneously. Adam must have remembered his blessed life of serving God so closely and testified to all his descendants from Seth (second descent) to Lamech (ninth descent) in great detail concerning the existence of the Garden of Eden and his precious experiences of faith experiences there. The godly patriarchs from Seth to Lamech met Adam, from whom they learned about the world of eternal life that was originally created, Satan’s cunning deception, the fall due to disobedience, and the promise of salvation through the Seed of the woman. The garment of skin that God Himself put on Adam before he was cast out of the garden was a token of guarantee for the covenant made in Genesis 3:15. Life had to be sacrificed in order to obtain the skin, and therefore the skin reflects the principle of salvation through sacrifice, foreshadowing Jesus’ sacrifice on the cross. All his life, Adam cherished the skins which were given to him as a guarantee of the covenant and firmly believed that the promised seed would surely come and crush the serpent’s head. This is what he taught and passed down to his descendants. Genesis 5:5 writes o 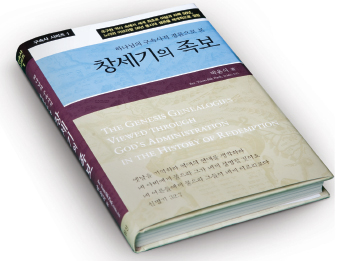 f Adam’s death, “So all the days that Adam lived were nine hundred and thirty years, and he died.” The word “died,” which appears here is “mut” and refers to natural death. The fact that God destroyed the life of Adam, into whom He Himself had breathed the breath of life, demonstrates the extent of His wrath toward sin. Despite Adam’s death, life continued through his descendants. God did not abandon man after his tragic failure and fall; rather, He sublimated death into life in His abounding grace and love.

Reporter Geum Wook-ji
This is a sectional recapitulation of “The Genesis Genealogies” by Rev. Abraham Park

Scroll Back to Top